With the state’s Pride festival returning after several years, the Utah Pride Center wanted to pull out all the stops for the 2022 Utah Pride Week. The theme of “I Am Utah Pride” had been selected, and I was asked to reuse a design from a photo backdrop from a previous year.

This presented two major issues. One, the design had been seen before. Two, the color in the text would clash with almost any background. To solve this, I flattened the text into a single color and applied it over a color splash. This allowed the updated mark to capture motion, communicate from a distance that the event was LGBTQ, and give the graphic new life. 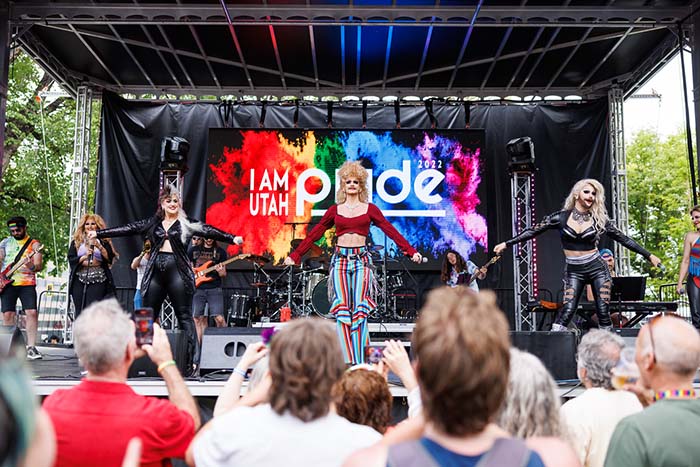 The clean aesthetics of the design made application both fun and efficient. The main community advertisement for Pride Week was the poster, which was almost entirely devoid of color except for the splash. This allowed the poster to stand out from others on community boards that used saturated colors to grab attention. Despite having little rainbow, there was no question what the event was for.

While most assets limited color, there was a need for more every so often. There were 14 events over 8 days, so there were several options for tickets. To keep lines moving, I applied full-color backgrounds to help differentiate the tickets. Shirts also had several options, including some for sale and some for volunteers. The most unique shirt was for ASL interpreters, which was blank on the front so as to not obstruct the view of their hands and included branding on the back. We made the decision to use the full-color logo on shirts, and while it was more expensive, we blew through our stock of shirts, hats, tank-tops, and jackets because they were so vibrant.

The brand elements of the splash, bold typography, and white space allowed me to keep social media posts fresh over several months. More importantly, it was easy for volunteers on the marketing team to create on-brand graphics on-the-go. This was especially important during Pride Week, when many of us were sick with COVID. 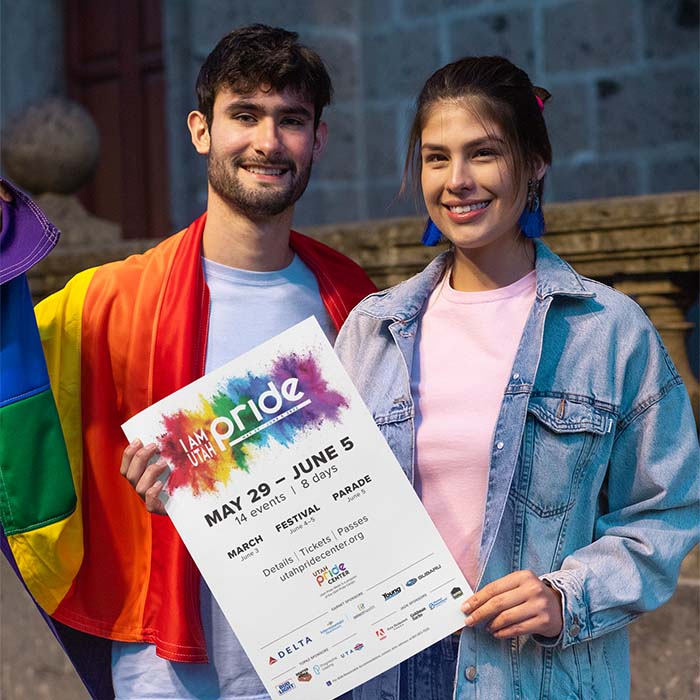 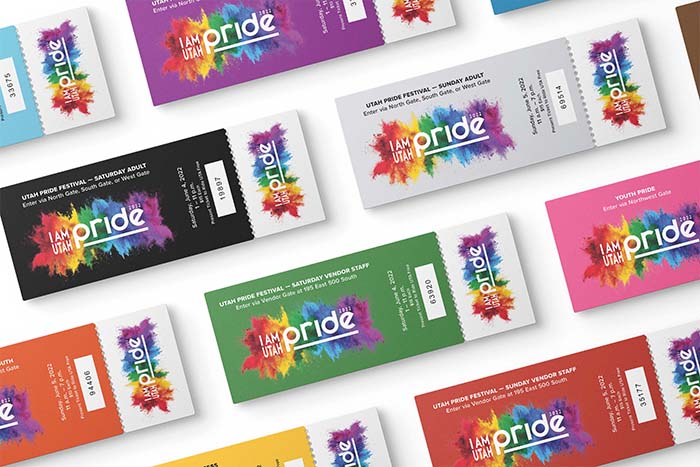 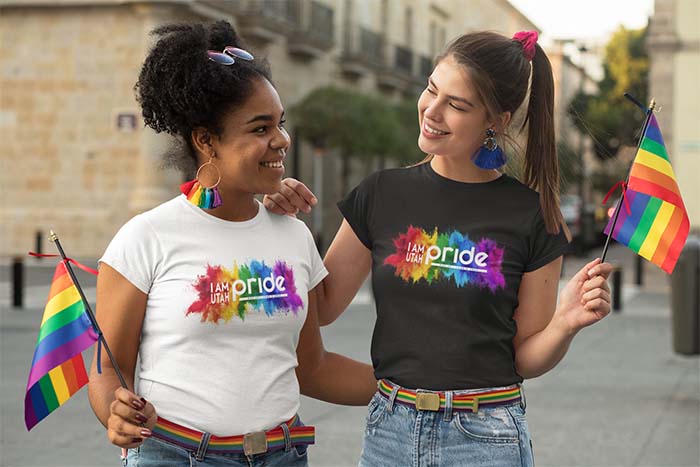 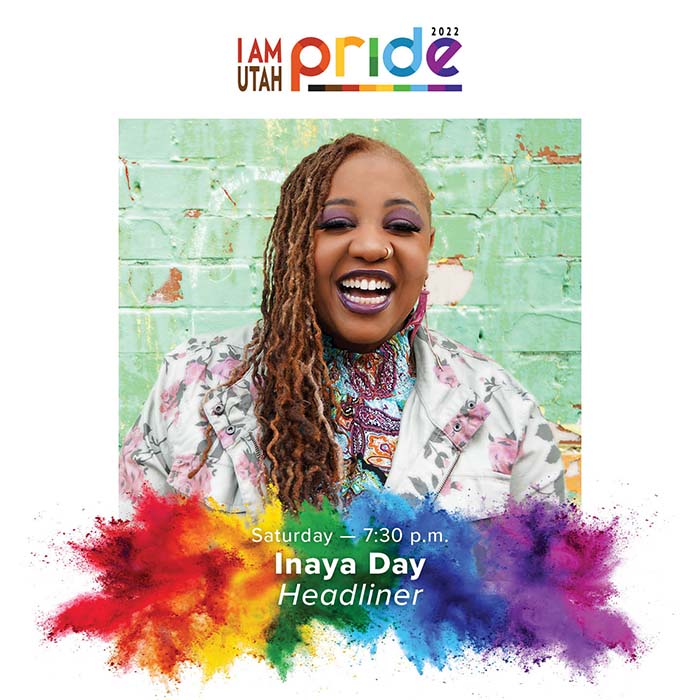 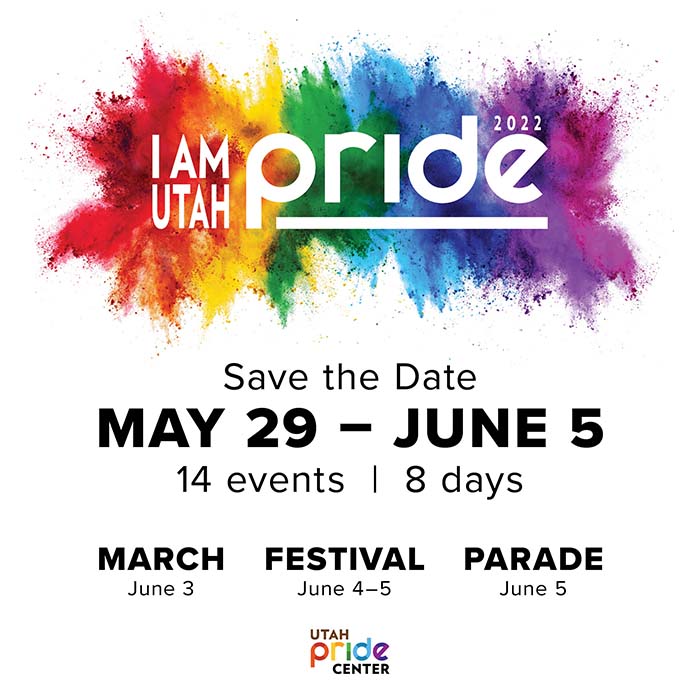 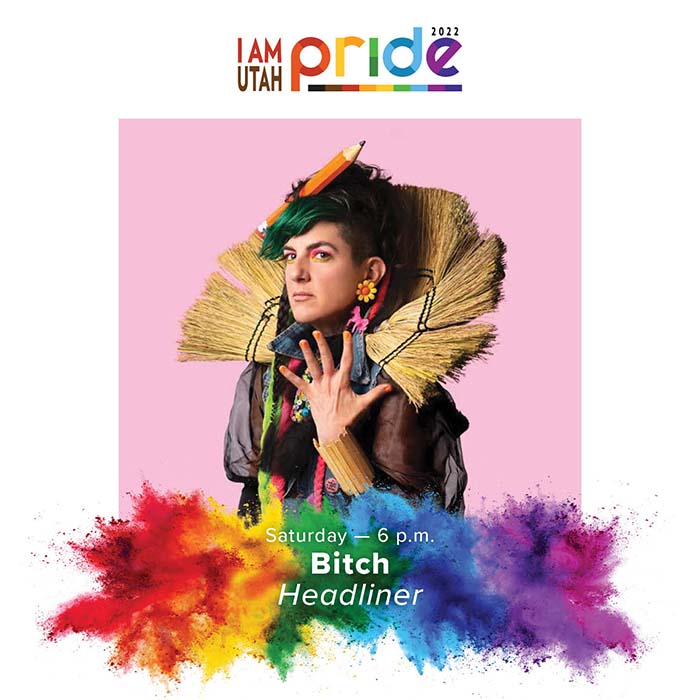 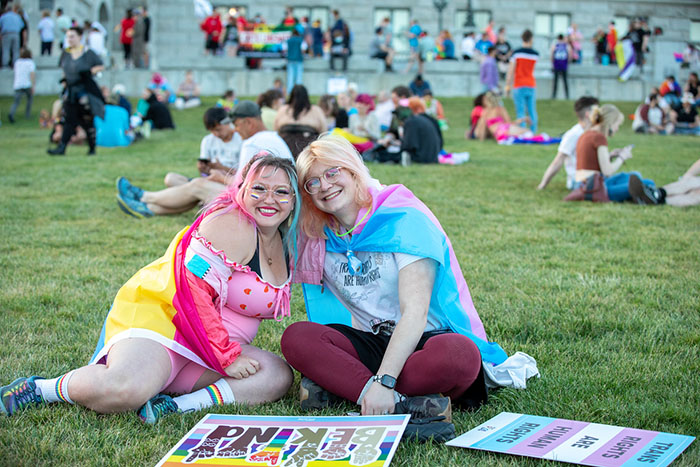 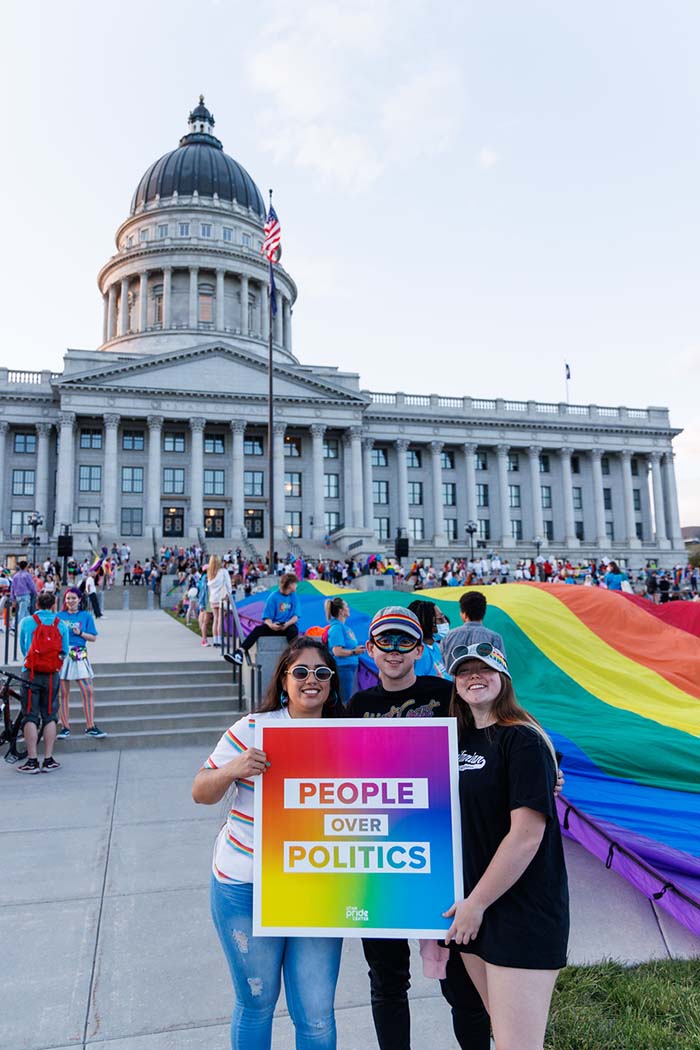 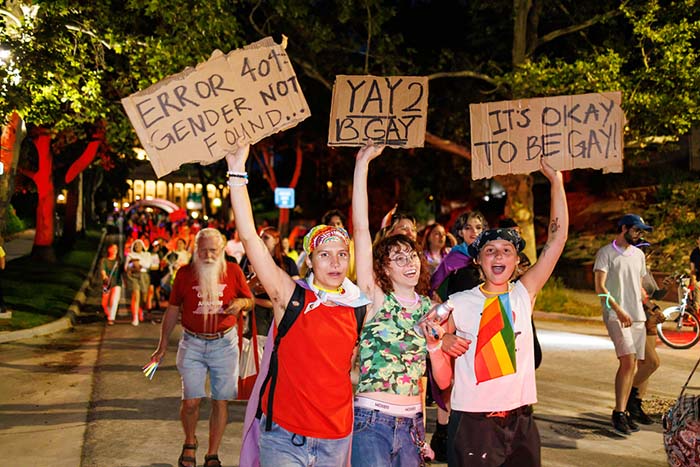