During the 2022 midterm election cycle, I joined a U.S. House of Representatives campaign seeking to elect a 31-year-old, Black, bisexual scientist to represent Utah.

Nick Mitchell, a first-time candidate, had several logos and a single color for the campaign. Upon joining the team, I refined and advanced the visual brand; creating a single, variable logo, selecting a color palette, and standardizing typography.

Due to the demographics of Utah’s Second Congressional District, I created two microbands to accompany the campaign. The first microbrand was for the Spanish-speaking populations of the district, which included a translated logo and various materials for Hispanic Heritage events. The second microbrand was for voters under 30. The Team Nick brand included it’s own logo, color story, and social media accounts. 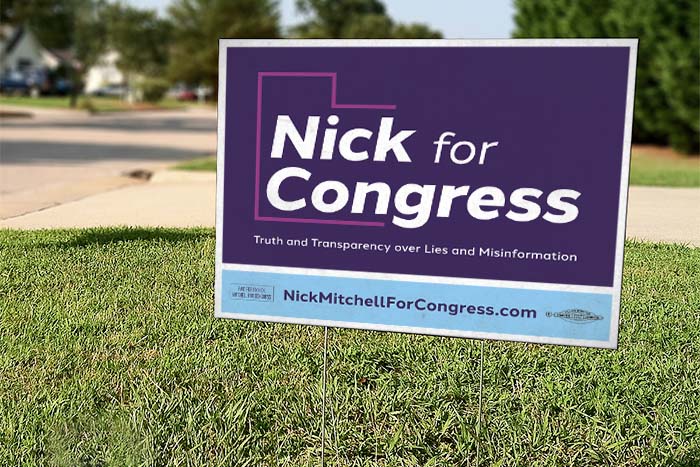 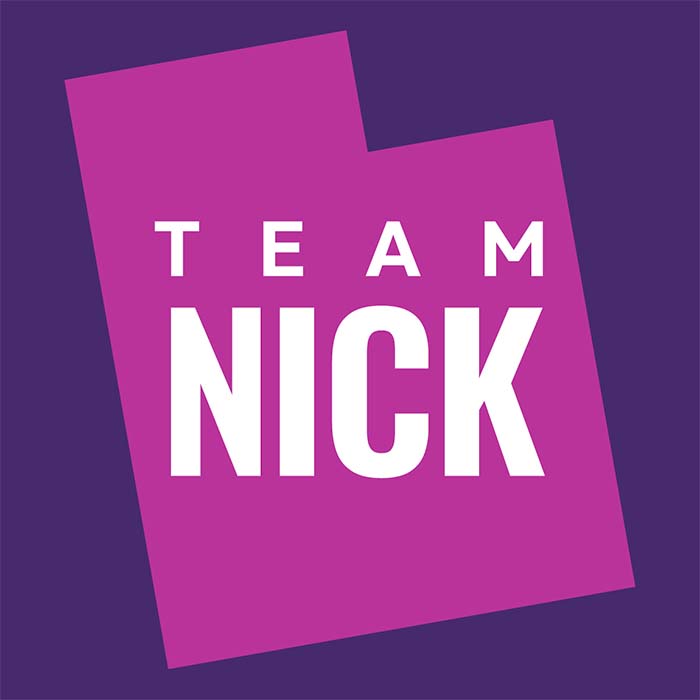 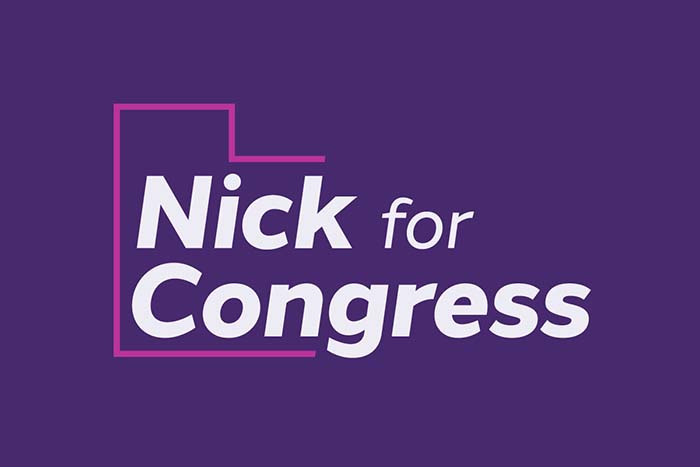 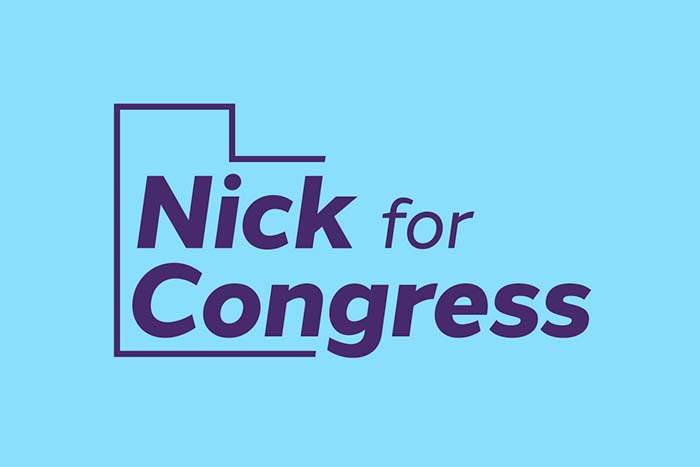 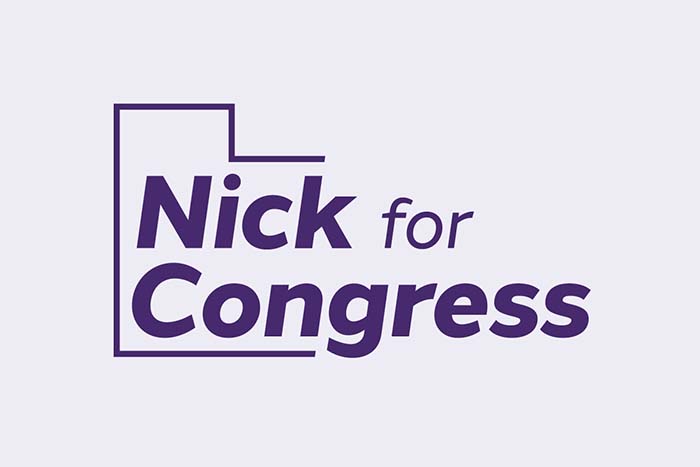 Utah’s Second Congressional District includes about half of the state’s land (48.7% to be exact), so we had many demographics with unique interests. It includes dense cities, rural farming towns, four colleges, land of four national parks, and many state parks and monuments. To appeal to the various interests, I created different collateral to appeal to specific groups.

The postcard was the most important material we had. It introduced Nick and his principles, and it included voting information and a link to his website. There were general-use cards, but we also created ones specific to communities, events, and milestones in the campaign.

Buttons also played a large role in the campaign; rather than bulk ordering online, they were created using a button maker at almost every tabling event. Some of the most popular buttons we created were: 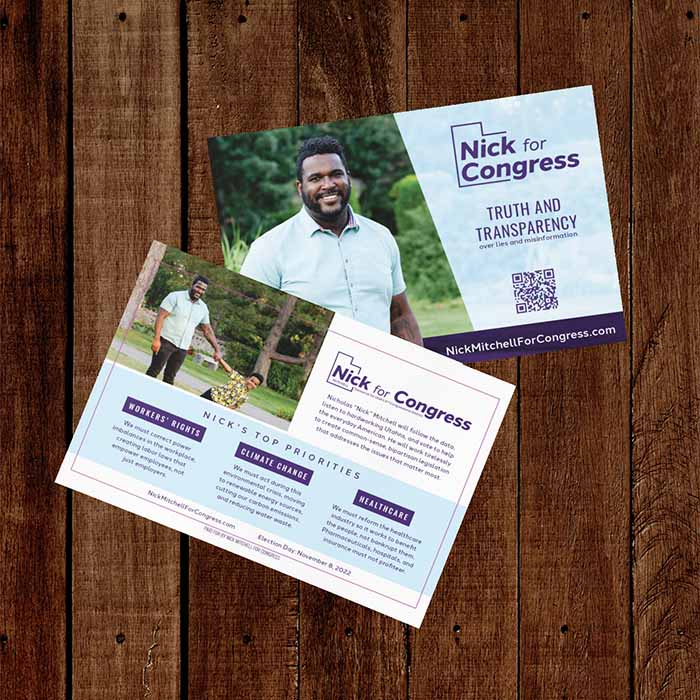 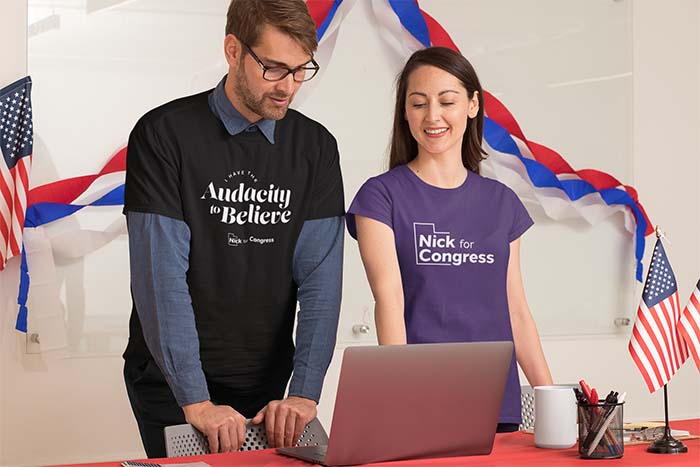 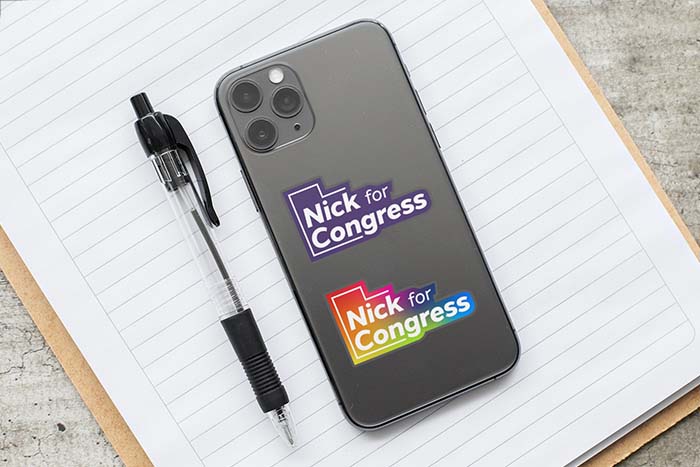 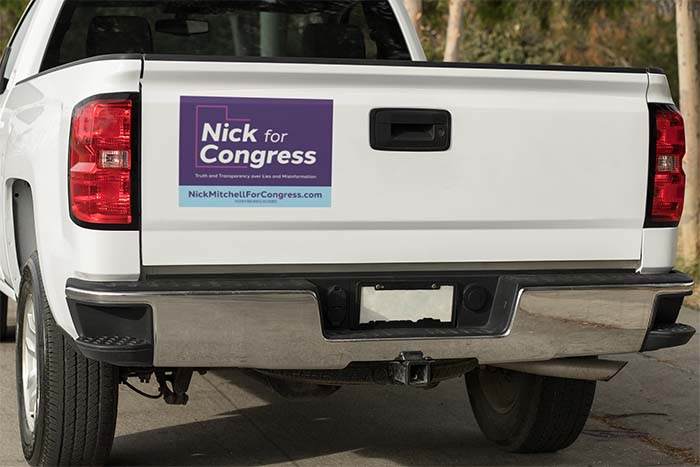 While in-person events were an important aspect of the campaign, digital outreach was also vital. The website was our campaign’s main CTA, where voters could learn about Nick, read short and long versions of his policy positions, get voting information, contact him directly, and find our social media channels.

This was the first election after redistricting, and the Wasatch Front, where about 75% of the state’s population lives, was surgically carved up. I created a custom Google map so voters could type in their address and see if they were part of the district or not, because many voters no longer knew which district they were in. The map received over 29,000 views during the campaign. To view the map, click here.

Social media was an important way of reaching and motivating younger voters. In addition to creating Instagram and Twitter profiles specifically geared toward voters under 30, we included ways for people to interact and share information on the campaign. 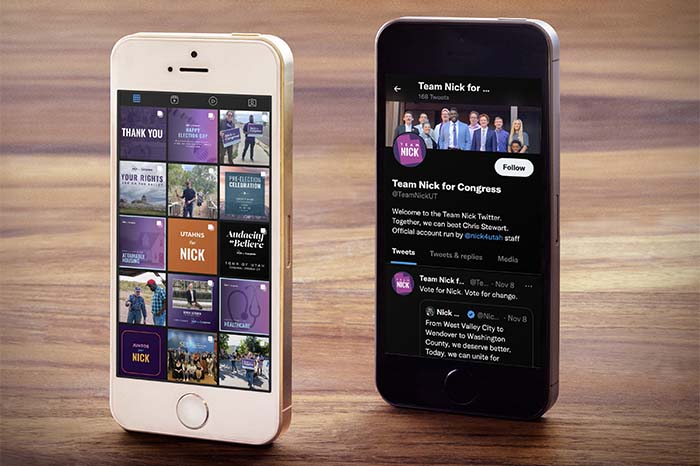 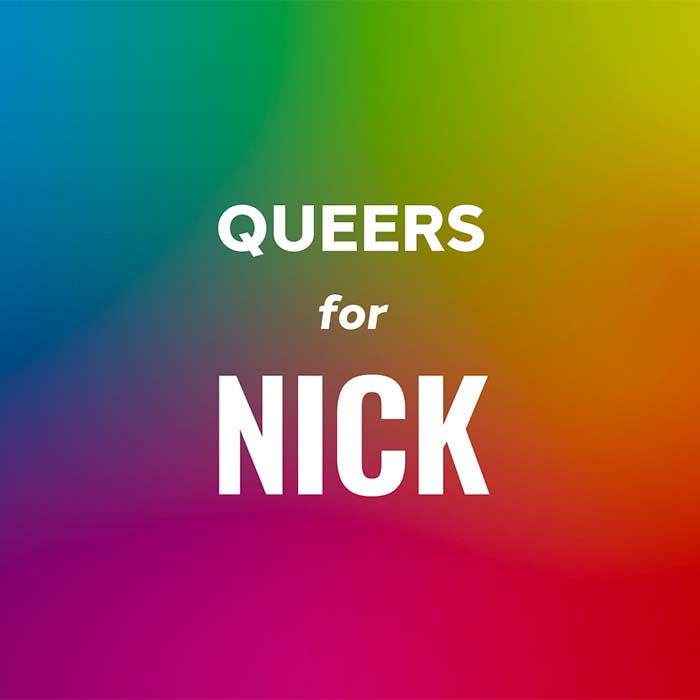 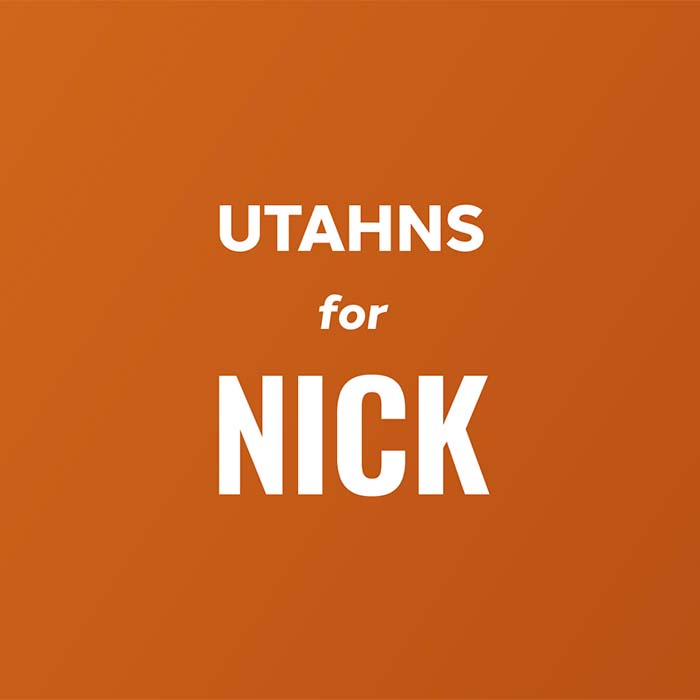 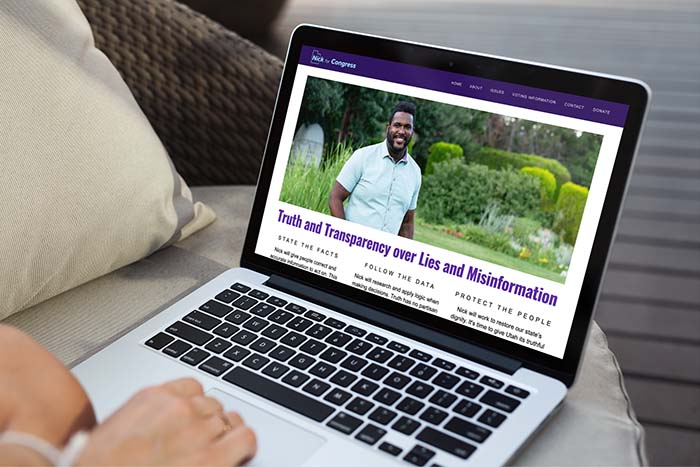 As the Communications Director for Nick’s campaign, I worked on other projects in addition to graphic design. These included writing and editing content for the website, creating social media content, coordinating with local and statewide press, and crafting messaging for events. In this role, I was fortunate to work with many members of the campaign team, including a student intern for communications and advisors to the campaign. 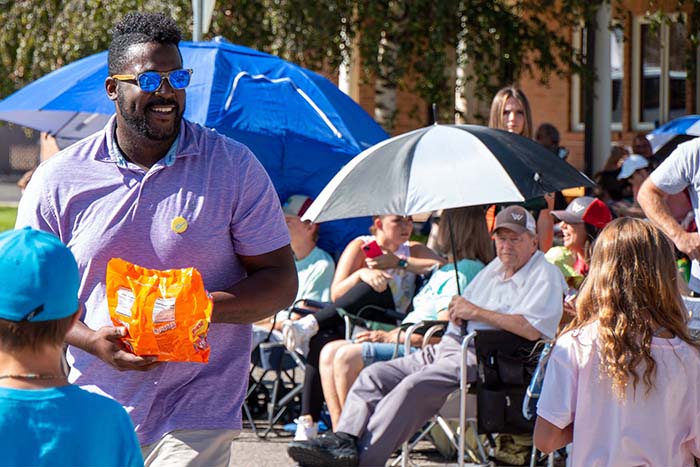 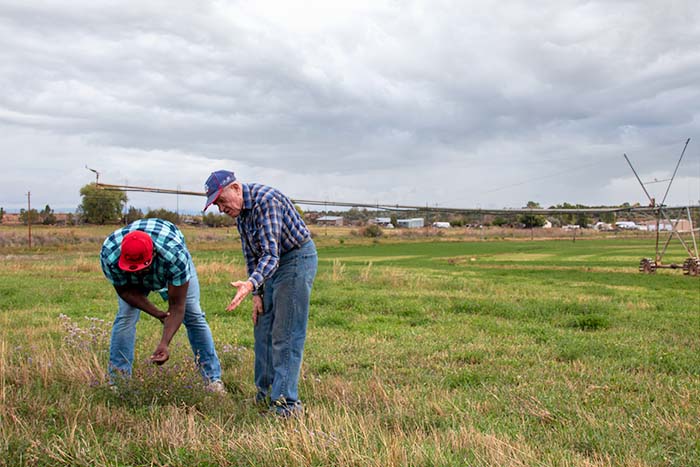 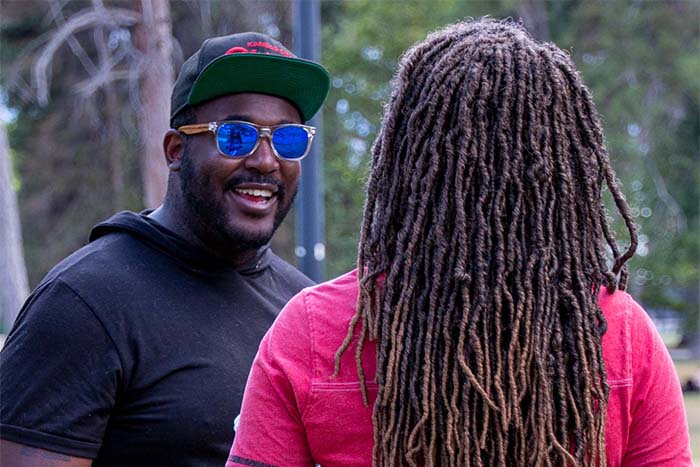